When Gabriela, co-owner of an unsuccessful independent media website, goes to The Christmas Villa to write about the failing Christmas town, she finds more than a human interest piece.

The only problem—she might not be able to leave before she can write about it.

At 15k words, THE CHRISTMAS VILLA is a twisted take on holiday romance. 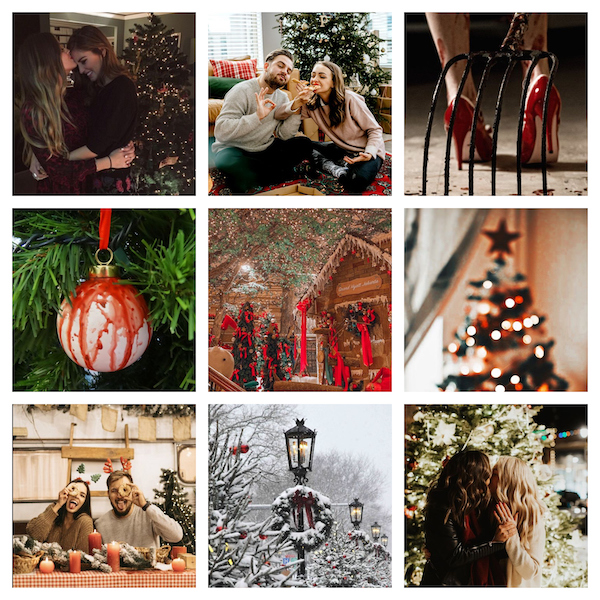 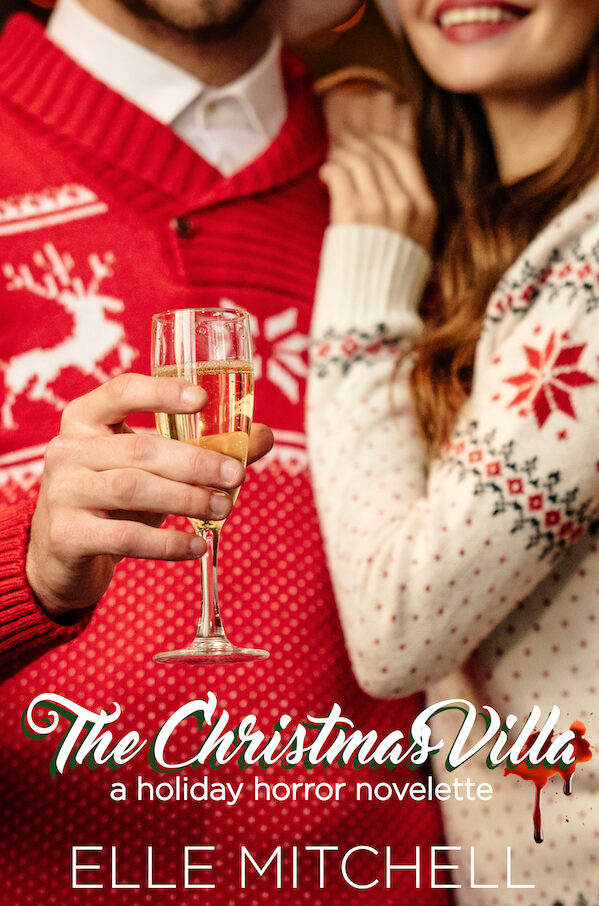 Hasn’t this been done?

Gabriela has tried to tell Kendall that no one cares about Christmas villages anymore, that only families who make family Christmas cards in ugly sweaters with dogs in antlers and couples who have too many snow globes visit them. Kendall swears it’s this singular human interest piece that will put their independent media website on the map. No pressure.

They’ve tried cooking, fashion, music—nothing works. Okay, so they don’t stick with anything for long. Their unofficial motto is if at first it doesn’t work, try something else. It’s been going gangbusters. That’s why they’re trying human interest stories now. Gabriela would rather report on grisly murders, but Kendall can’t stomach it. Gabriela hasn’t suggested anything else, though she may try to convince her best friend slash business partner they need to be an adult website if this doesn’t work. She doesn’t care what they publish at this point, they just need to get paid.

Their ideals of using their journalism degrees and reporting hard news went out the window a long time ago. And after a disappointing nose-dive, Gabriela is being sent to an also failing Christmas town. It seems Kendall and the owner of the town believe they can help each other. Gabriela will see what they have to offer and spend the next few months boosting the article in hopes people will book their trips for December.

It’s going to be a jolly April.

The flight is horrible, because of course it is. There’s no such thing as a pleasant flight. At least renting the car is simple.

Gabriela drives to the small town Yulestown, CO from the underwhelming Aspen airport. Snow is on the ground which helps alter her mood some. From

Easter candy to authentic Christmas in too many hours—all beside a delightful, snoring woman who could use a CPAP machine. Kendall was right, Gabriela needs a trip away.

Maybe a little forced April Christmas cheer can quiet the cynic in her for a while. Christmas in December is often rife with stress from two families and a lot of attitude. Good food, though. But, living in New York City means Gabriela’s jaded views will always be there. Big cities just do that.

Small town life has always seemed appealing for when she’s old and doesn’t want to shout to get a cab.

Windy roads make her stomach clench, and Gabriela remembers why she doesn’t go to places in the mountains… or anywhere, really.

An original name really sets the town she’s visiting apart from the other Christmas towns—The Christmas Villa. It’s anything but big, though, just a minuscule carved-out section of Yulestown.

And it is… Christmasy.

A wooden sign hangs under a massive arch at one entrance of TCV, as Gabriela will have to call it. She knows she’ll be thinking the word Christmas too much, let alone saying it. The words are in cursive, green and red striped with white in between to make it all pop. It looks freshly painted and cleaned. For her benefit?

Gabriela is staying at The Christmas Cottages. Her phone’s battery declares itself dead and in need of attention. No map app then. She drives straight, assuming she’ll see a sign for it.

She notices something unsurprising but disappointing. Life is full of that. She doesn’t see a lot of queer people, not much racial diversity either. White and seemingly straight couples drinking cocoa, wearing red and green, antler headbands, and light up necklaces they’ve got in spades. Gabriela is a sore thumb—biracial, bisexual, and not a holiday person.

She lets Kendall’s voice overtake her inner stressed-out one. “But you could be a Christmas person if you found someone to spend it with. A hot family-buffer with a nice ass and good stories. Until then, you just need to get laid. Fine some hot, young thing while you’re in The Christmas Villa. You’ll be better for it.”

Gabriela sighs. Kendall may be right.

As she drives over crunchy snow to her lodging for the week, things seem to light up around her. It’s 11 a.m., and Christmas lights are flicking on as if she can enjoy them. She pretends they are Rudolph’s nose and follows them. In fact, they lead her straight to The Christmas Cottages. To be fair, so did this one lane road.

The cottages are quaint—according to the dictionary. The thesaurus sees them as old-fashioned, charming, picturesque. Kendall will love the many words Gabriela can use to describe the gingerbread house buildings.

Parking is plentiful, which makes sense. They did say they were a failing business.

Gabriela heads into the main lobby, which has pink, blue, and orange gumdrop statues nestled in the white and red globs of stucco decorating the brown stucco. It’s all just so much.

A woman rushes towards her. She’s gray and pale, green and flashing red. “Let me get that for you.” The woman opens the door Gabriela has already half-opened and ushers her in. “You must be Gabby! So nice to meet you, dear!”
“It’s Gabriela, actually.” Only friends get to call her Gabby. “Gabriela Vera, and it’s nice to meet you too.”

The woman heads to the counter and starts hunting and pecking a keyboard with the letters half-worn off. “You’re in the honeymoon suite! We wanted you to get the full experience!” The elderly woman’s brown eyes twinkle, but she says nothing.

It’s hard not to ask her where the gay bar is.
“So, your cottage is just up the road, right off Main Street by Marshmallow Dreams. And you’re in luck, dear! I think Alice just made a fresh batch of marshmallows and dropped them off at Blaire’s Hot Cocoa & Bakery. I’ll have one of them bring you something by, so you can have a nice, warm holiday drink once you’re settled.”

“Pish-posh, dear! That’s what we do. Now, I’ll let you go get settled. I’ll find you later today so we can talk about who we are and what we are about, that sort of thing. We can’t wait to read your article! We’re so grateful for this! To think our little town would just die off… It hurts, honestly, dear. It just does.”

She hands Gabriela the keys and rushes her back to the front door, and pushes her out.

Gabriela has so many questions about the cottage itself, not to mention the fact that she would love to have gotten the woman’s name… But she’s along for the ride. She’s here, she’s cold, and there are gumdrops.

This is what’s happening.