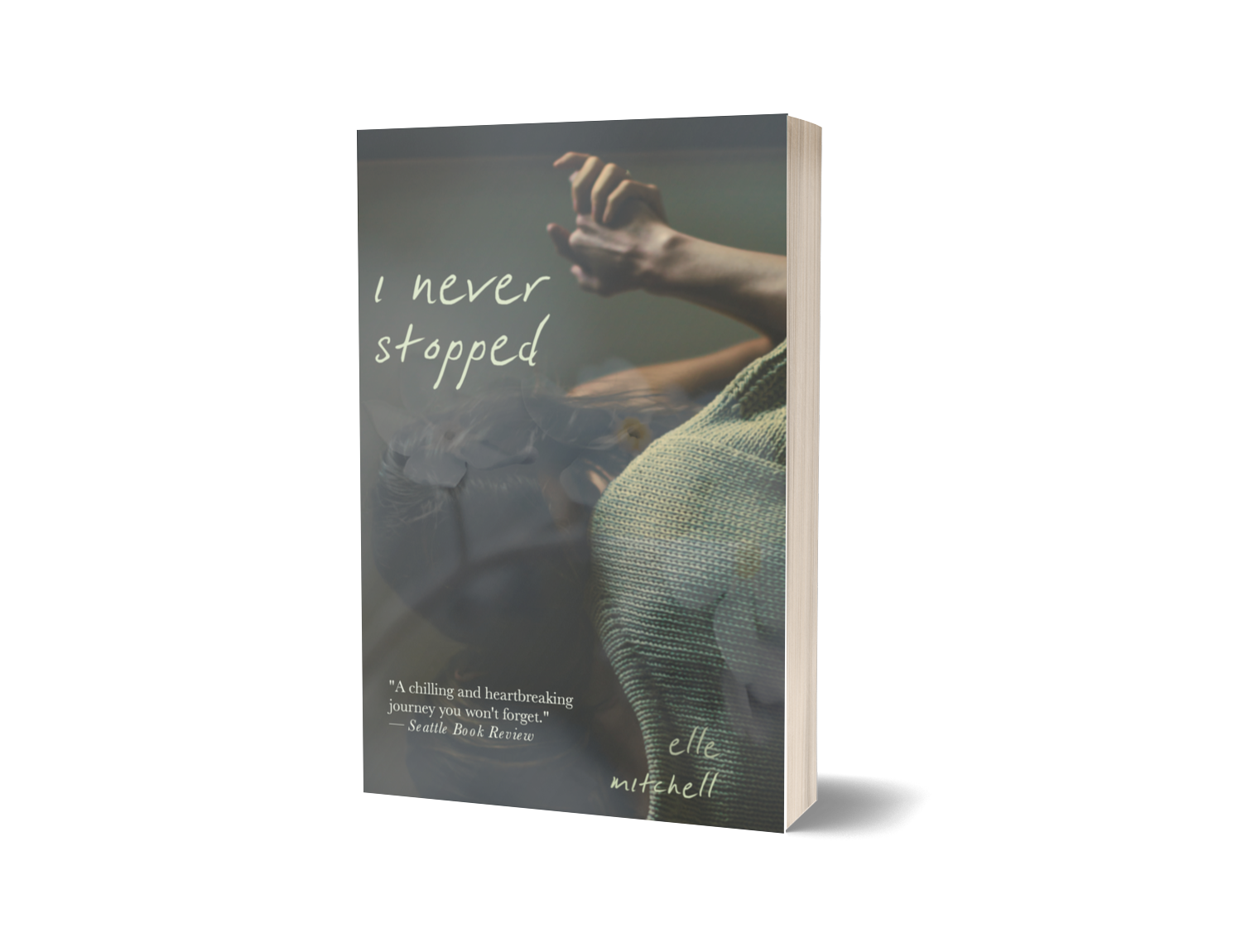 A paperback copy of I Never Stopped, a magical realism romance novel, signed to the person or persons of your choice.

Francesca works to heal from the loss of her girlfriend, Sloane, while Sloane tries to connect from The Gray in this romantic ghost story.

15 in stock (can be backordered)

In her powerful debut magical realism novel, Elizabeth Mitchell crafts a story of palpable love and longing. With deft language that engages readers’ hearts, I Never Stopped explores grief, loss, and the many stages of healing.

Sloane nodded shakily. “I wish we could be saying our, ‘I love you’s,’ not ‘I miss you’s,’” she said–but her words were sucked up. Only she could hear herself now.