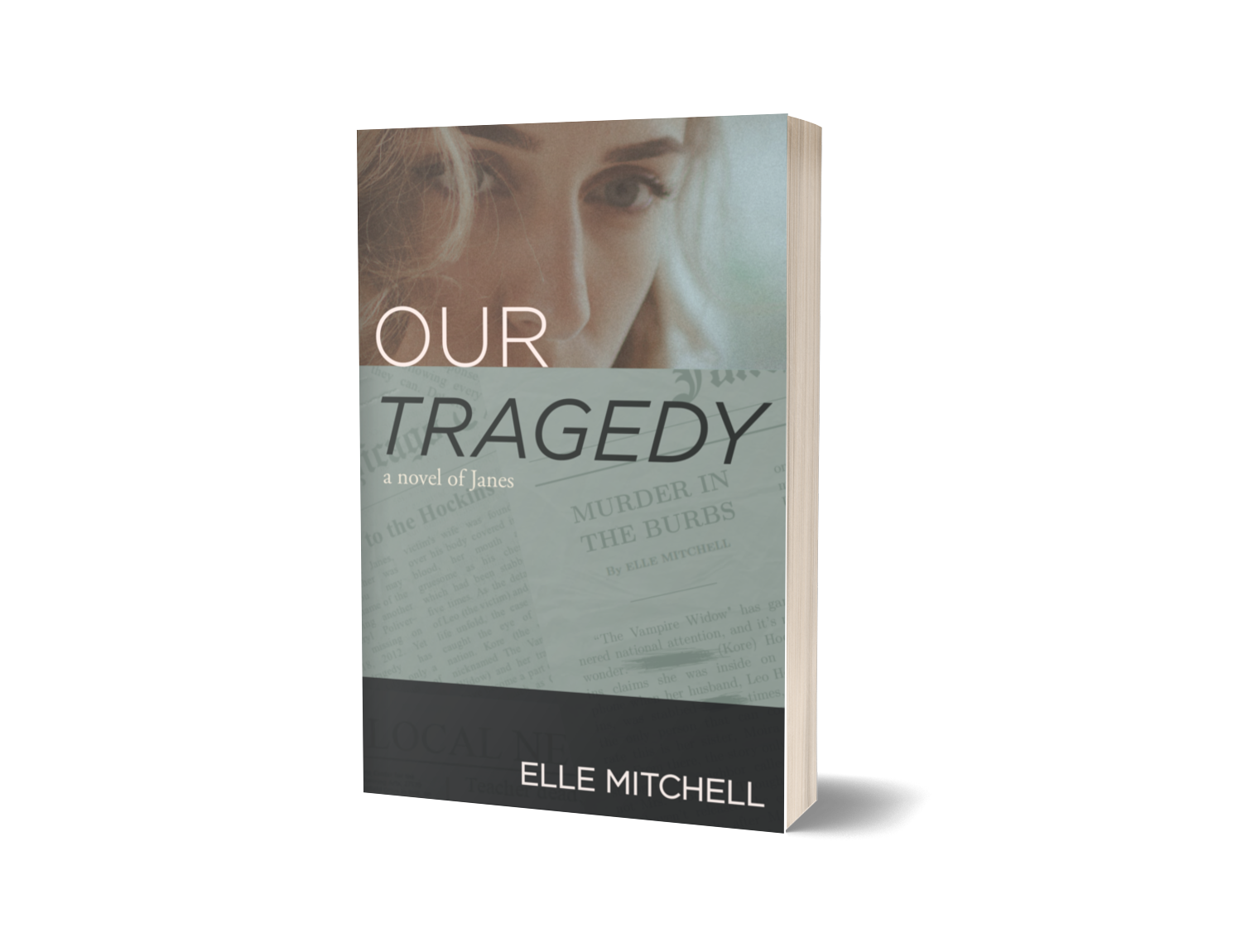 View cart “I Never Stopped Signed Paperback” has been added to your cart.

A signed paperback copy of Our Tragedy, a contemporary psychological fiction novel.

Kore’s doting husband is murdered in broad daylight mere steps outside their front door. Her life in shambles, all she wants to do is hide away and grieve her loss. But a shocking photo taken at the crime scene is made public, and she finds herself dodging the press and defending her innocence.

Hannah, a less-than-popular teen with striking turquoise hair, overhears a conversation between classmates just minutes before finding out about her favorite teacher’s murder. She worries that his killer might be walking the halls with her, and soon, everyone becomes a suspect.

Their neighbor, Clarence, keeps a journal of everything that goes on in his small cul de sac. Secrets are being harbored behind each door and window. After his neighbor’s death, he begins to wonders who was willing to kill to keep theirs buried.

For fans of Liane Moriarty and Gillian Flynn comes a novel about the ripple effect of grief created by one man’s murder through the eyes of his widow, one of his brightest students, and his ever-nosy neighbor.

Kore skids to her husband’s body. The skin on her knees scrapes and tears on the sidewalk—a hot press to the childish burns.

Far off, Kore hears a siren. She imagines it’s for them, and someone is rushing their way with a gurney and defibrillator, oxygen, needles, bandages, and bags of O-negative. Thick warmth oozes beneath her fingers as she tries to staunch the bleeding. Leo’s stomach and chest are covered in the cheap merlot they toasted with on their wedding day because he hates champagne.

Her screams fall flat in the oceanic silence of a childless cul de sac Sunday afternoon. Leo’s chest hasn’t risen; it’s as still as the vanity rocks beside their mailbox.

Kore knows the moment her lips touch his that he’s gone.

She just kissed these lips; they moved with hers, warm from a late morning coffee and chapped from the too-cold Spring.

Taking a deep inhale, she offers her life to him. Two breaths, three. Kore realizes she can’t remember how to properly perform rescue breathing. Four breaths, six. She presses on his ribcage, and her hands slip. It happens again with the second compression.

Kore presses a kiss against his bloody chest as she does every morning, only this time without the expectation that it will rouse him. She surrenders to the already lost battle and briefly wonders if she’ll be able to hear sirens over her pounding heart—now beating for two.

He grabs the long-handled umbrella he pretends is for rain and not because he’s too stubborn to get a cane, then steps into the bright sun and calamity of the crime scene his neighbor’s yard has become.

One of the male officers scribbles on an office supply store notepad as people talk to him. He glances up, nods, writes; rinse and repeat, just like Clarence.

Most of his neighbors beat him to the punch, already closing in on Kore and Leo’s home. They politely nod to him—not wanting to make the moment social in any way—while a plain-faced female officer is none-too-politely pushing back onlookers coming from nearby streets to gawk at the cul de sac’s tragedy.

Clarence steps to the far edge of the tape and listens to the smitten doughy officer go over what he knows. “The wife was on the phone with her sister—Persephone and Moira, respectively. Persephone goes by Kore. The husband was out getting the mail. The husband’s name was Leo. Kore said he’d been gone for too long, and she was concerned. When Kore went outside, she found him like that.” The officer hitches a stub of a thumb towards the body with a blonde in a lab coat hovering over it. “The victim has been stabbed, but Linda is still trying to figure out how many times.” Clarence jots down that Linda must be the medical examiner. “Kore tried mouth-to-mouth resuscitation—said she knew he was dead, but she quote, ‘had to try; he’s my husband.’ Then she screamed until two neighbors came out. The caller was her neighbor Clarence Neddermeyer at 593. Have you heard the 9-1-1 call yet? Calling her a vampire and the like? It does paint a picture. Anyhow, he said very little and hung up. Never did say his name, though. But he’s the only one who lives at that address. He just wanted on and off the phone quickly, is what I think. Sometimes you don’t have time for pleasantries. On the other hand, maybe he just didn’t want to get involved, wanted to keep his name out of it. Can’t blame him. The other neighbor… Um, Ninny. Yes, Ninny—over there—waited with Kore; she lives in the pink house across the way.” The officer is clearly pleased with himself, as if his summary was exceptional.

The detectives find it adequate, nod once, and wander to the front stoop where Kore is sobbing loudly.

Clarence uses the moment to sneak to the mailbox. I shouldn’t touch it, but it’s open. He sighs with relief. Not needing to worry about fingerprints, he glances at it from the side and the front. Nothing out of the ordinary—a bill, a credit card offer, mailers. While everyone seems occupied, he sneaks a balled-up hand past the mail to the small listening device in the back. He pulls it back and slips it into his pocket. That could have been a major problem for him.

Taking stock of his surroundings, Clarence notices that Ninny is wearing a sky blue pajama set with clouds, even at this almost afternoon hour. Geraldine’s husband is home this week, which is the first time in three weeks and two days, if Clarence recalls correctly. Linh has a full face of makeup plastered in place—more around her left cheek and the bridge of her nose—and her hair is pulled back in the severe ponytail it usually is. Clarence clenches the handle of his umbrella. I’ve offered to help.

He’s just begun to move towards Constantine and her two homeschooled teenagers, dressed in too-short pants and faded t-shirts, when he hears the Asian detective introduce herself to Kore. Leo’s blood is coagulating on her shirt, drying on her skin, crusting off of her mouth and cheeks.

“Detective Charlotte Park,” she says. Clarence wonders if it’s as odd as he thinks it is that she gives her first name too. Maybe it’s to humanize her—another note for the book.

The detectives are sorry for her loss. To that, Kore’s mute.

Slowly, Clarence moves towards the large tree that separates Kore and Leo’s house and a neighbor’s. Behind it, he can hear much better.

“When you can, tell us what happened in your own words.” The female detective—Detective Charlotte Park—has a pleasant voice, soft but strong with a hint of Korean influence.

Kore takes her time answering, swallowing hard before she begins. “We were watching television when my sister Moira called. We’d just finished a documentary about…” Kore’s volume drops to a whisper, and a sardonic laugh accompanies her free-falling tears. They darken the drying blood on her face.

The detective responds. She and her partner—name still unknown—fade in and out in a volume Clarence can barely hear. Kore’s head droops from scorned child to doll with a broken neck as they speak; flattened curls dangle into her swollen, horror movie poster face.