Crime fiction based in the fictional town of Janes, OR.

Unlike most series, the Janes, OR series doesn’t follow the same people in each book. That’s not to say they won’t be there—the same detectives work the cases, and who knows who may make surprise appearances throughout the series—but each book is a contained story.

I am ordering them for the simple fact that time moves forward in the city of Janes, and so the people that live there will hear of the news stories from other books/cases, talk about the same restaurants, go down the same streets, hear about places closing down, etc. There is no obligation to read them in order, but I cannot promise there won’t be a spoiler or two along the way. People gossip, and those in my books are no exception.

One more note on the series is that the subgenres will not stay the same—crime fiction, yes, but beyond that, anything goes. Book one and two of the Janes, OR series are domestic suspense, but the third will be a bit darker with more gore (genre tbd as it’s still in the editing process).

Below are the books in order (including Sweethearts, a psychological suspense novel based in Silynn, OR from the same world), which is mentioned in the Janes series. 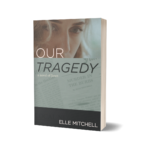 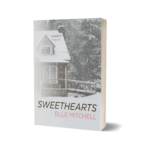